Zhuhai Grand Theater at night, the image of sunrise on the island. 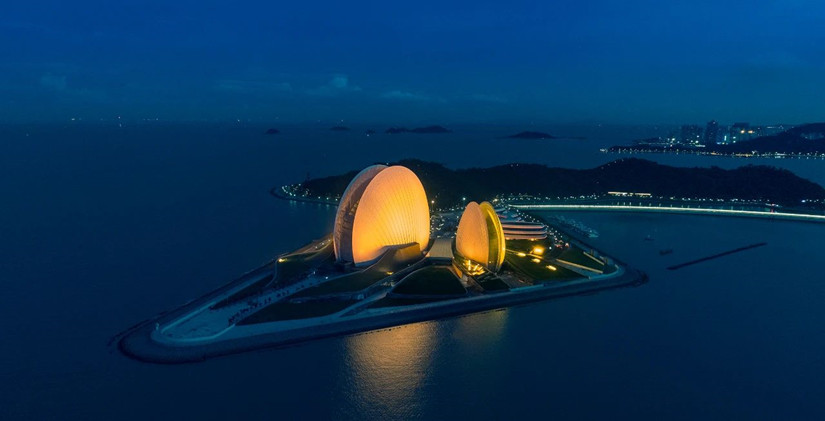 Zhuhai Grand Theater at night, the image of sunrise on the island.

The significance of urban landmarks is beyond doubt. Just as the white sails of the Sydney Opera House show the soul of the city, the special shape of the Zhuhai Grand Theater also has a decisive significance in the urban landscape of Zhuhai.

The value of lighting lies in positioning the city coordinates, strengthening the night image of landmark buildings, enhancing the recognition of the city, and bringing together the footprints and eyes of citizens and tourists.The image of Zhuhai Grand Theater, commonly known as "Sun and Moon Shells", has a lot of associations: the sun and the moon are shining, the dog eats the moon, the moon is born on the sea, and the horizon is colorful with shells-all of which can be expressed in the language of light Shaped. 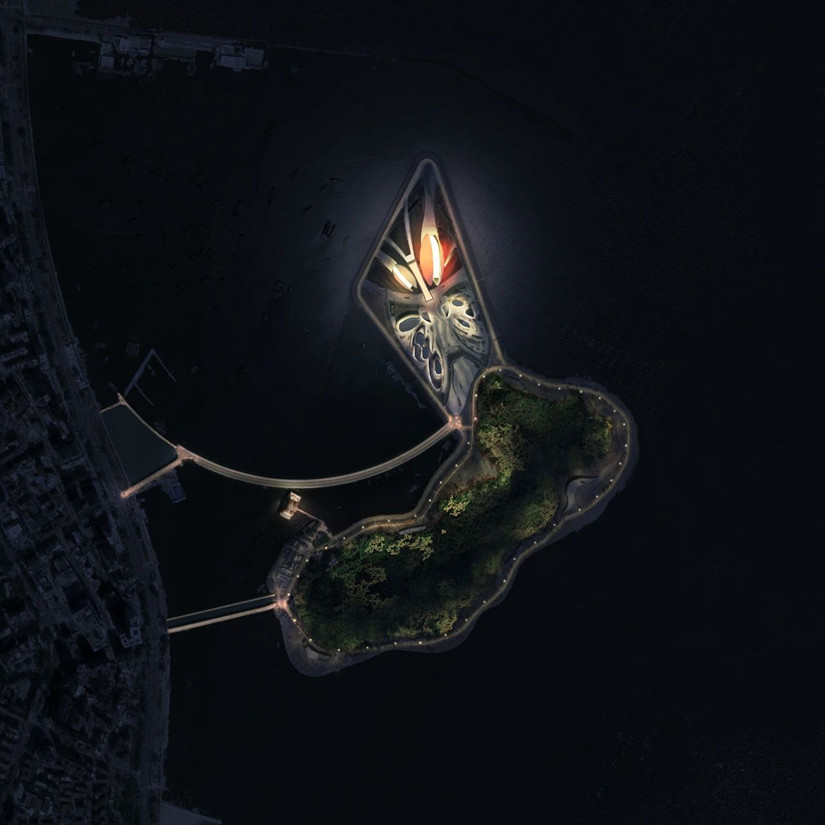 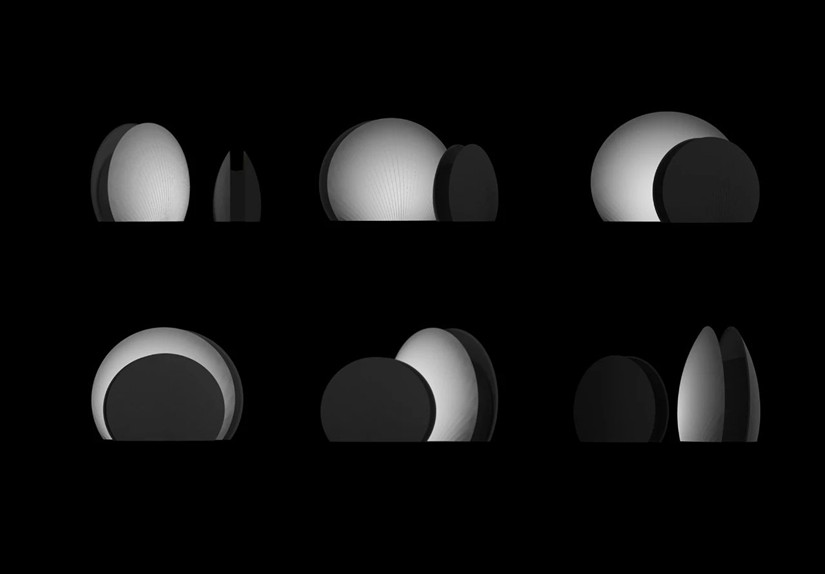 Zhuhai Grand Theater is composed of two shell-shaped buildings, one large and one small, with a bright image. It is located on the island and can be seen from most places along the coast. In the daytime, sunlight penetrates the outer wall of the building into the shell, showing a translucent effect. At night, our lighting design turns the shells into the sun and the moon. While highlighting the texture of the building itself, it also uses its unique shape to create a completely different visual effect from the day. Whether the audience is walking near the Grand Theater or standing in the distance of the city, they sometimes see the hot red sunlight, sometimes they see the peaceful and clean moon, and sometimes they see the beauty of the shells, thus admiring the huge shells. universe. The magnificence of celestial bodies, the depth of the ocean and the magical sense of time and space have changed. 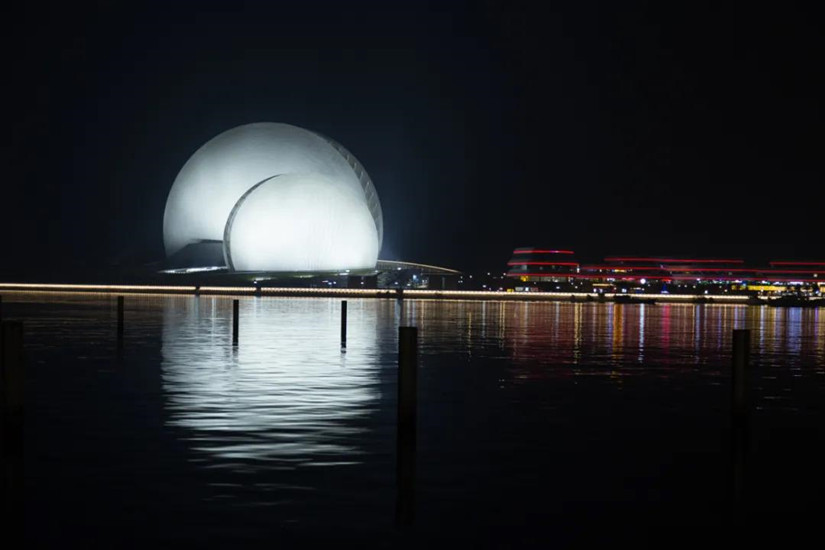 The sight of the bright moon entering the sea 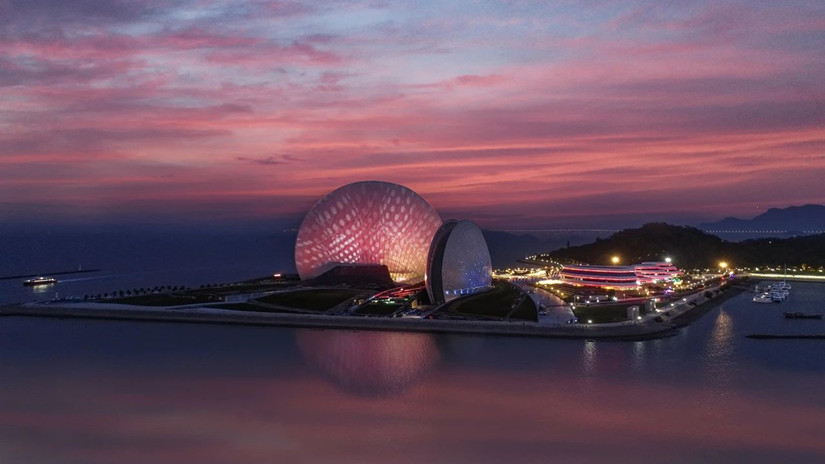 Light and Xiaguang are integrated

Since perforated aluminum panels are used as building materials on the exterior and interior of the building, its permeability brings challenges to the implementation of lighting. Our design needs to fully present the architectural shape, but also to avoid displaying the complex internal building structure and indoor space. At the same time, we must balance the brightness relationship between internal lighting and external facade lighting to avoid mutual interference.

In order to solve the above challenges and achieve the most harmonious effect of the theater’s night scene, floodlighting is used to shape the building's shape on the facade of the building, and the building’s skin shape is highlighted by brightness setting and optimizing the projection angle. The interior façade uses glancing shots to enhance details and contour levels. Find the best lighting position, center on the middle of the shell, and gradually turn to glancing at the edge, and the brightness will gradually decrease, highlighting the fullness of the architectural form. The basic color temperature of 5000k makes the night view of the theater as bright and white as the moon; in order to meet the needs of the festival atmosphere of urban landmarks, RGB dyeing lamps and stage pattern light systems are added. 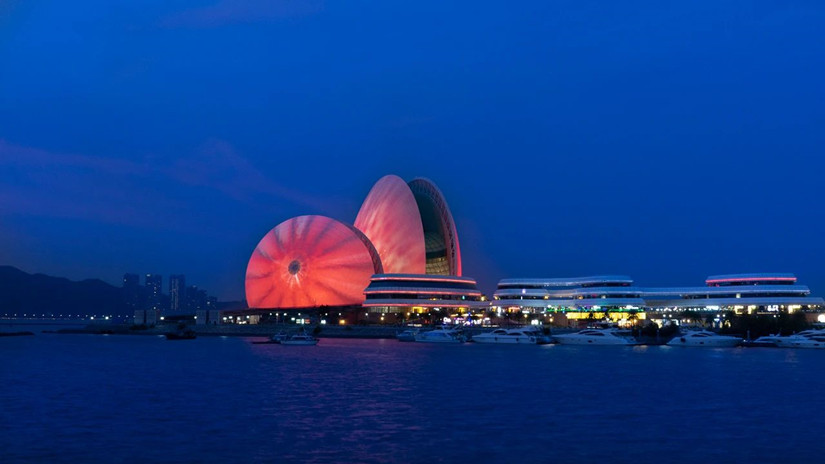 Added the night scene image of the projection pattern 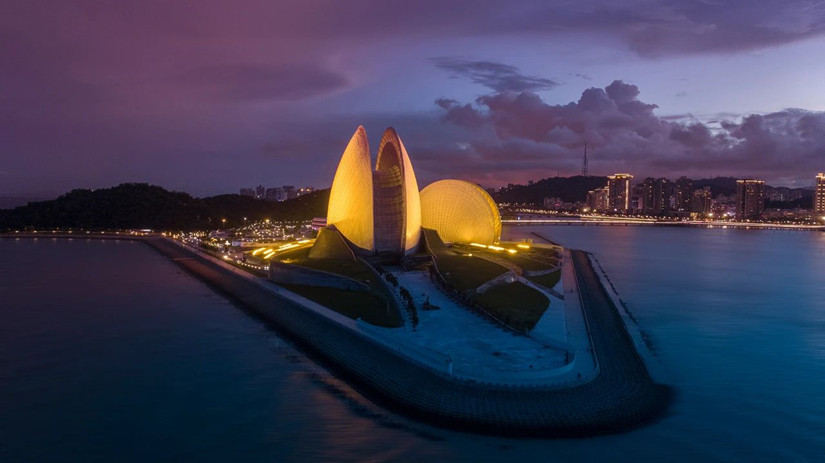 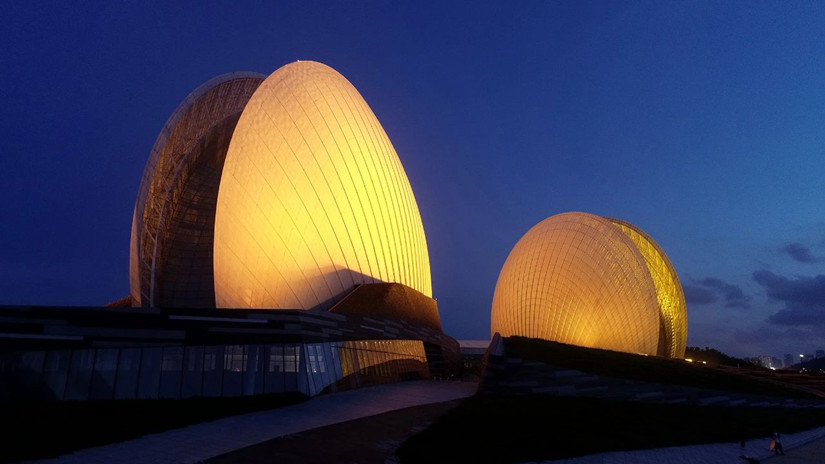 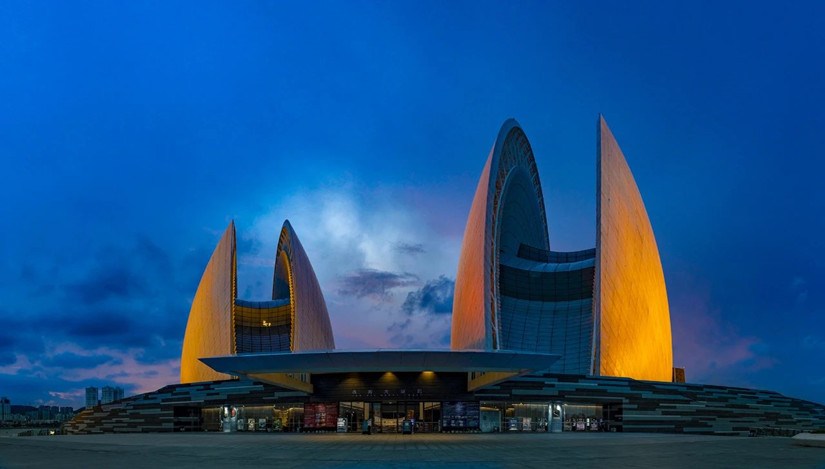 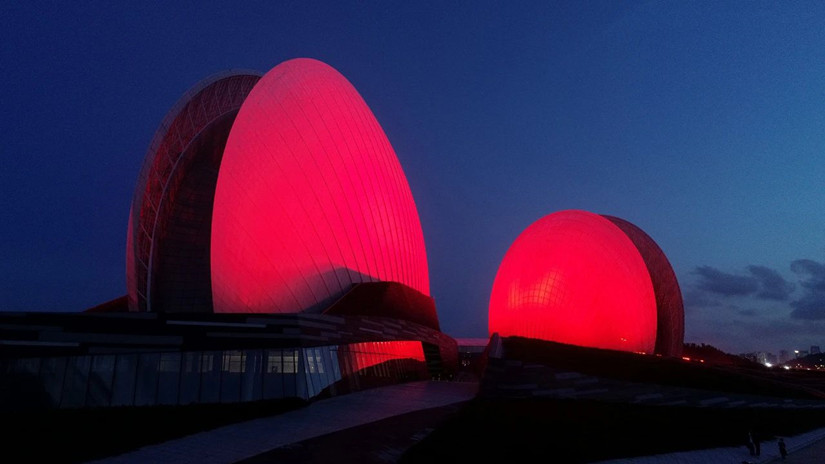 Give color with light 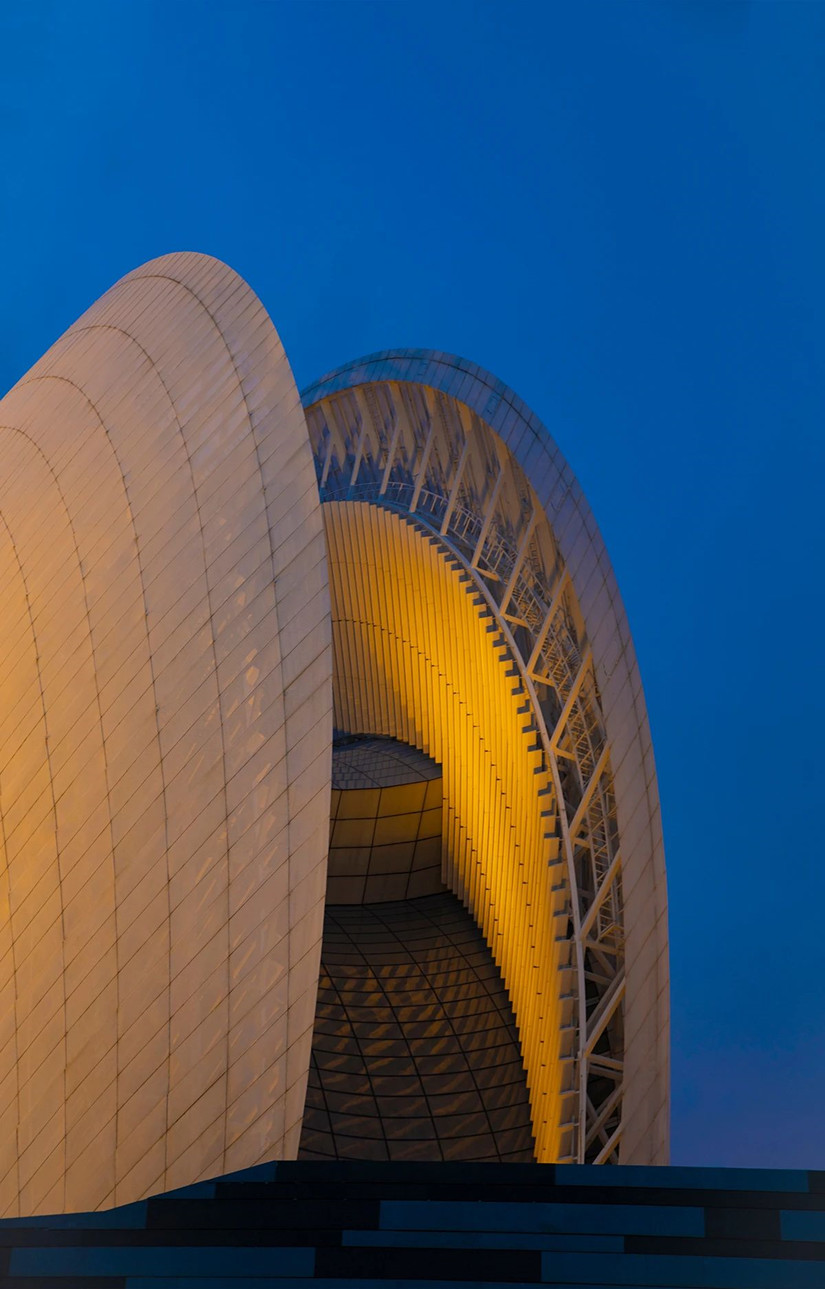 Light expression is seen in the details 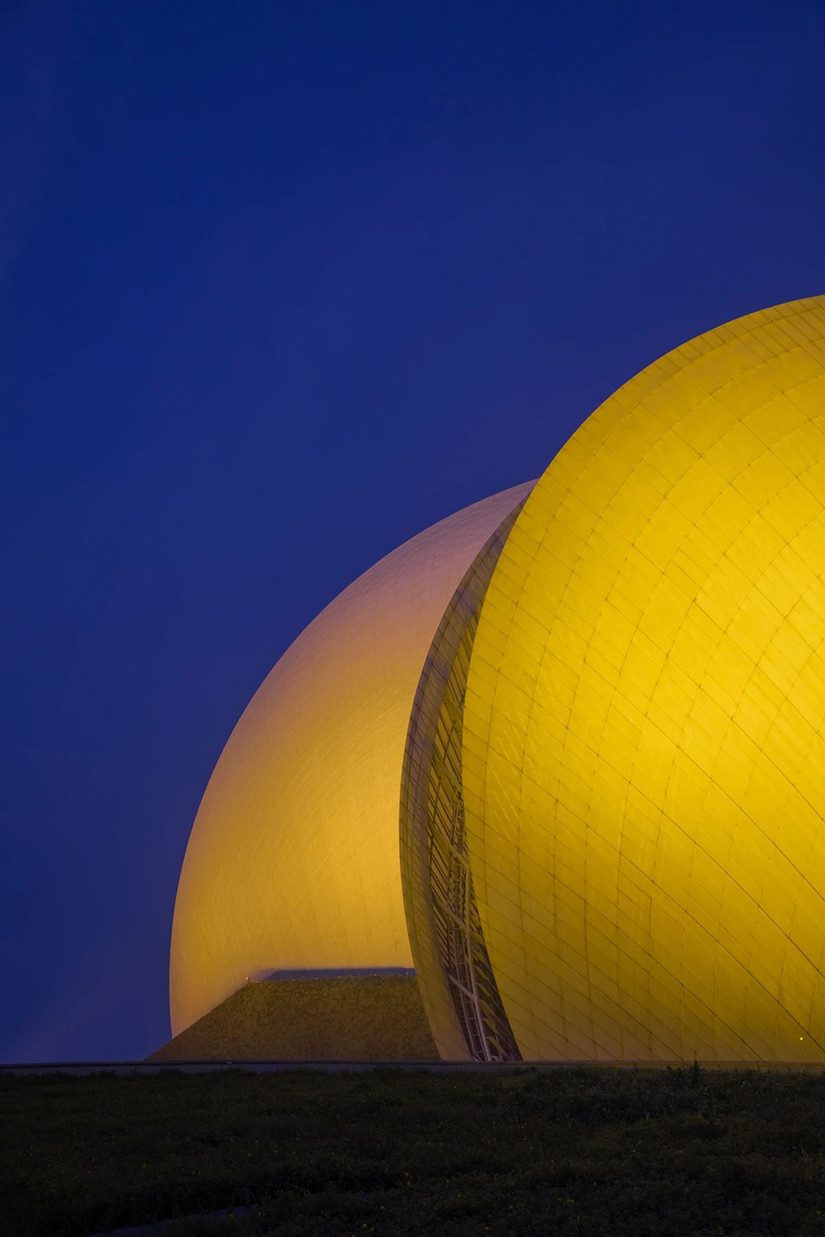 The charm of light and shadow in detail 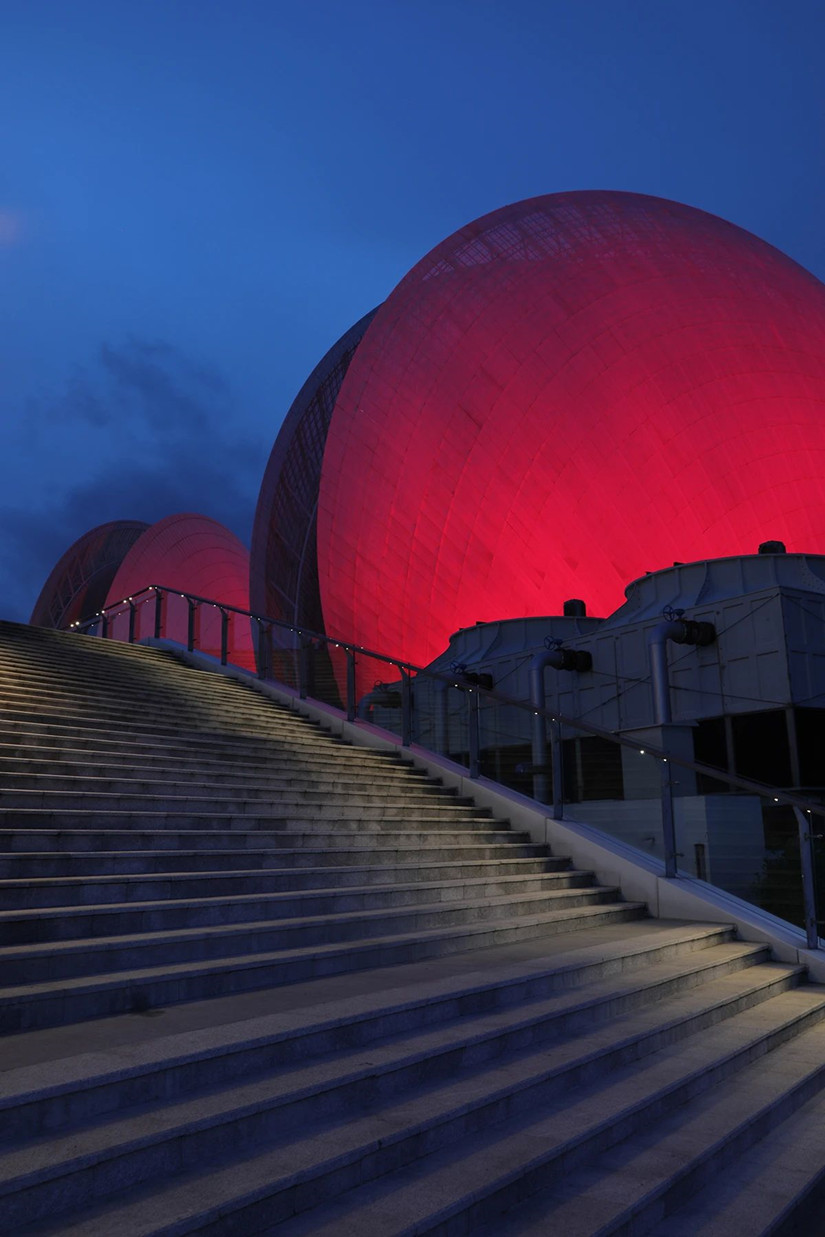 A closer look at the rise of the red sun 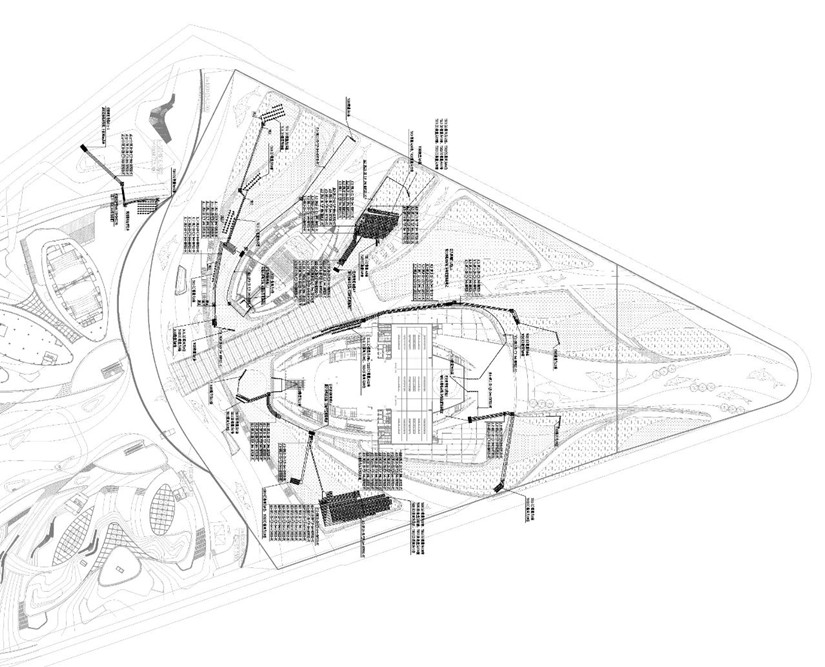 PREVIOUS：Charming atmosphere for wine cellars in Switzerland. NEXT：The light of art lights up Shenzhen, the light of technology lights up the future