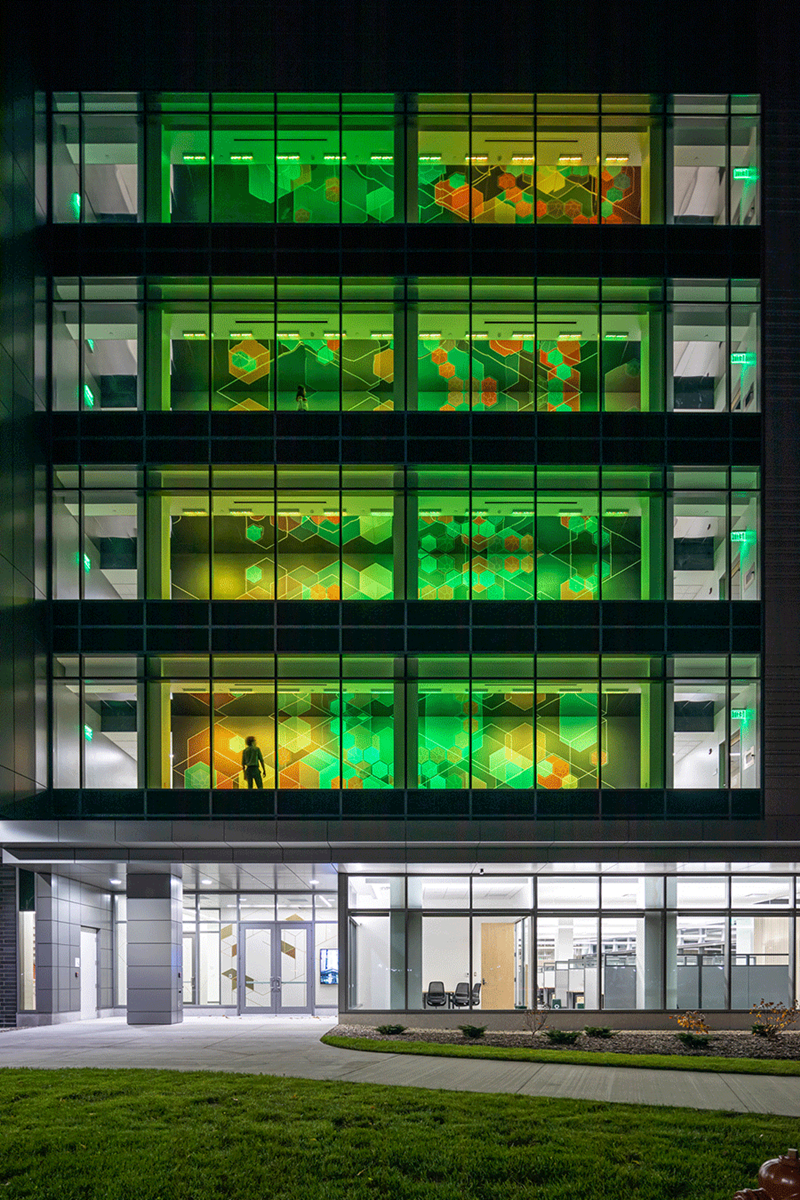 This four-story mural was designed by the SmithGroup of Michigan State University in East Lansing, Michigan, in collaboration with scientists. It draws inspiration from the interdisciplinary research of the building occupants, who remove it from endless data and express it through graphics Find meaning. For example, neuroscience researchers apply colored dyes to individual neurons to generate brightly colored images, which are affectionately called "brain teasers." The design team of the device abstracted this brain bow effect into a fractal pattern and combined it with a hexagonal network that infused a hidden DNA strand across the entire vertical plane. The mirrored ceiling reflects and extends the effect of the entire floor. 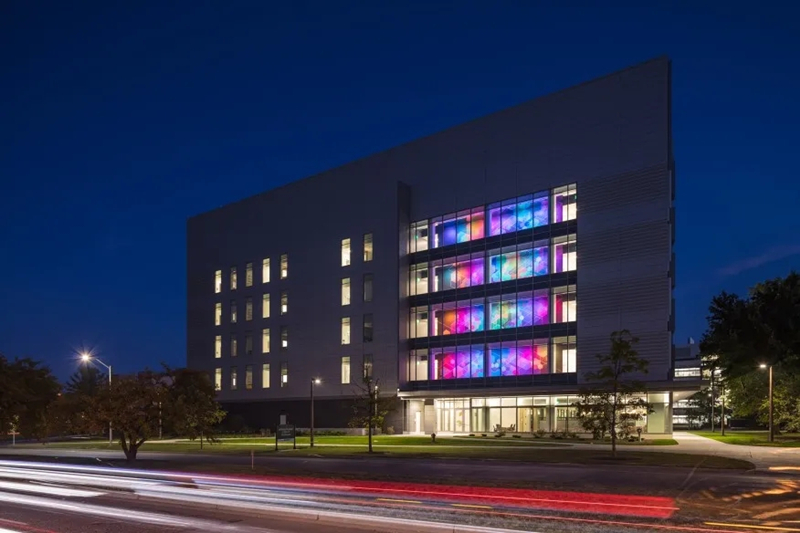 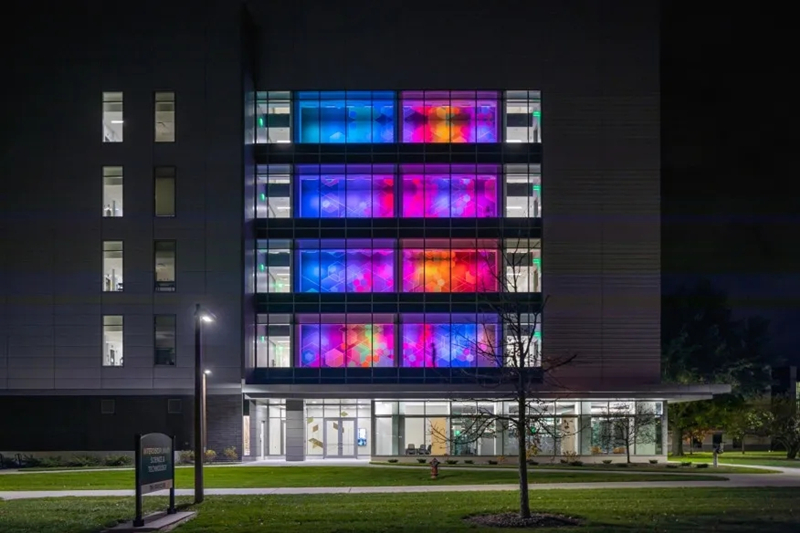 The daylight in the north shows a static color gamut until sunset. At this time, 40 RGBW LED wall washers are activated by an astronomical clock to animate the murals. The light that changes the wavelength of the spectrum is used as a "dye" for scientists and is applied to a static color field as a "neural network". The additive color mixing process manipulates the perceived color of each hexagonal cell; for example, a yellow cell may change to red, green, and then black. The association of adjacent multi-color cells amplifies the effect, allowing the dynamic visual spectacle of a single cell to fade in and out, imitating the beauty of the scientific process, and consolidating the building's status as a campus icon. 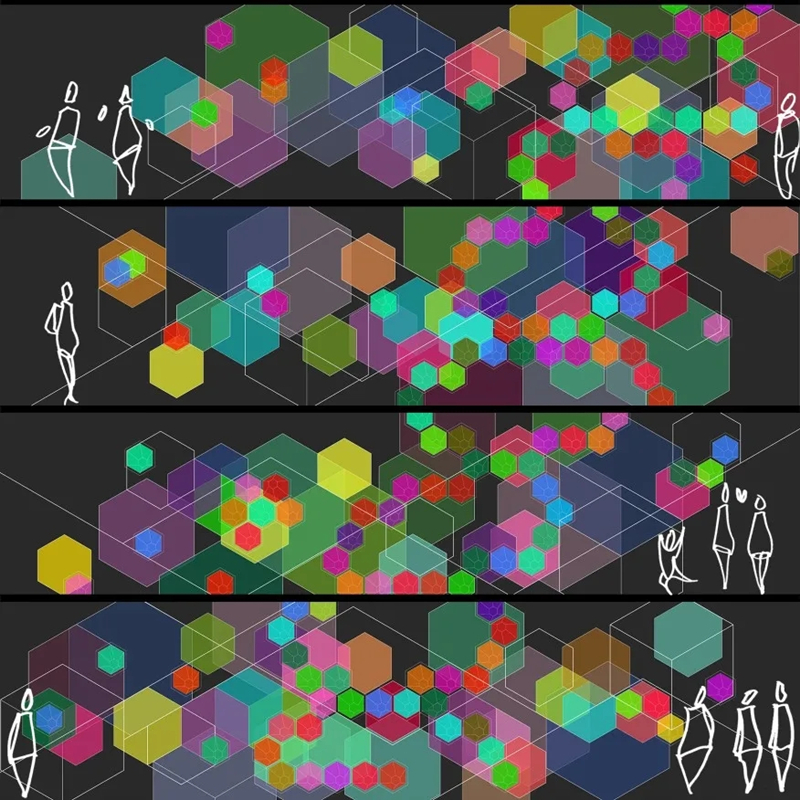 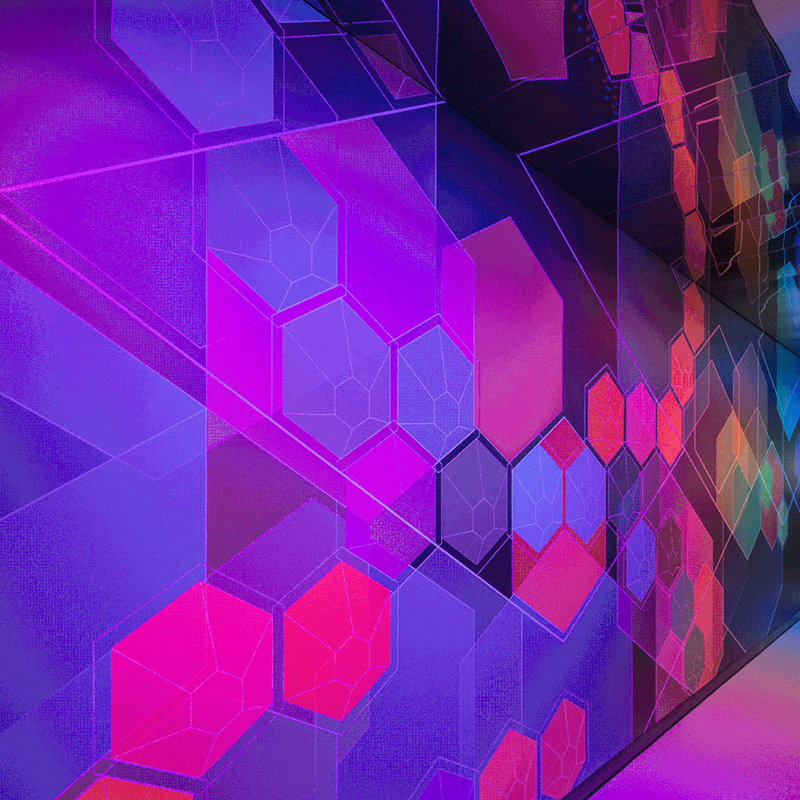 The steady colored light gradual passes through the wall to align with the hidden DNA strands.

The vertical juxtaposition of the three colored light beams moving in the vertical opposite direction aligned with the DNA strands pushes and pulls the cells forward and backward in perception, inducing a subtle sense of movement.

A steady colored light gradient with Perlin noise modifier moves across the wall, which variably changes the tone of each fixture, creating a random color gamut indicative of the Brainbow image.

The elliptical gradient light emits color from the center of the DNA strand, creating a ripple effect. 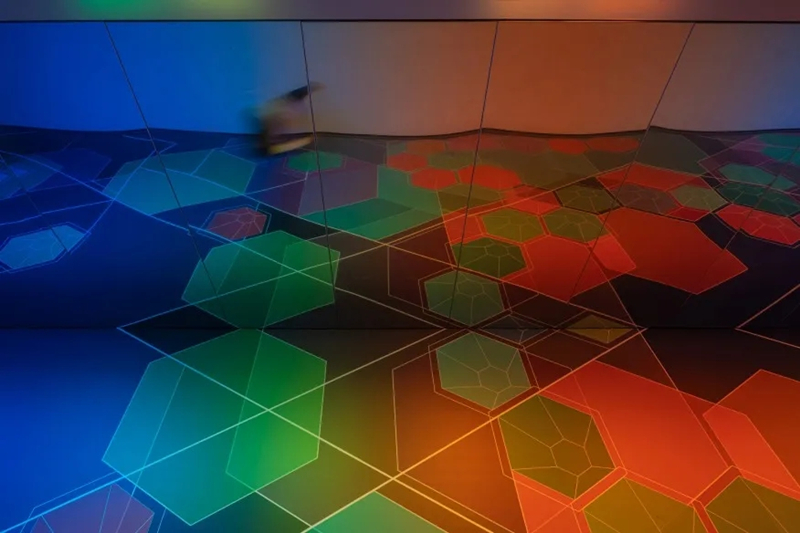 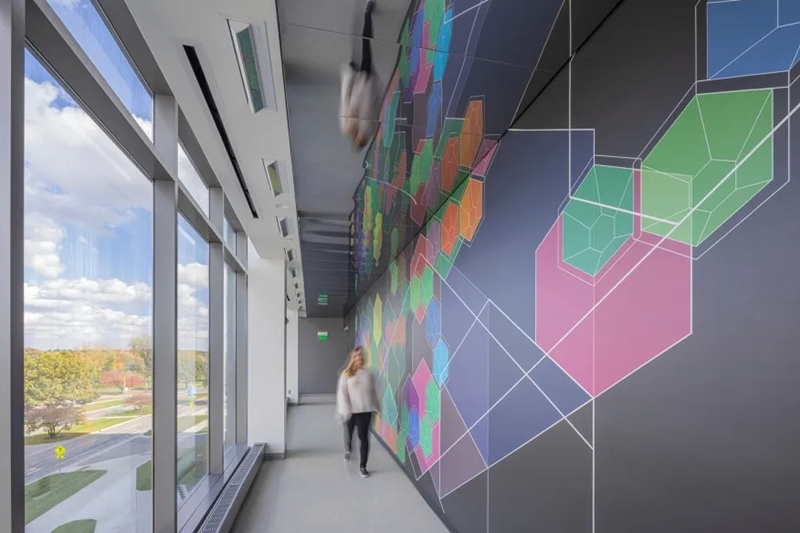 PREVIOUS：World Expo dubai 2020 is counting down No next